Negotiation is a process whereby

-disputants communicate with each other, directly or indirectly,

-about the issues in disagreement

-in order to reach a settlement of their differences.

Negotiation is the process people use most often to settle disputes. We negotiate all types of disagreements in our personal lives and in the work place.

When negotiations are used in the legal arena, many disputes which otherwise would be litigated are settled before trial because the disputants talk about the issues and discuss ways to resolve their differences. The negotiations may take place directly between the disputants, who consult with their attorneys as discussions proceed, or the parties may negotiate indirectly through attorneys or other representatives. A combination of these negotiation techniques is often used. 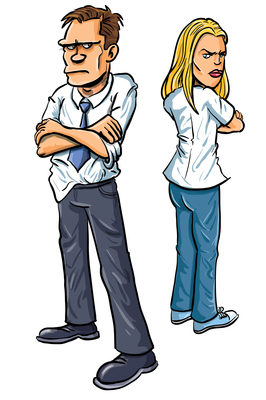 Negotiating a settlement gives disputants maximum control over the outcome. They direct the give and take necessary to fashion a settlement. Thus, the result is most likely to meet their individual needs. Negotiation works best when disputants are willing and able to talk about their dispute and to compromise their differences.

The negotiation process includes all of the benefits of mediation, i.e., solving problems in a rational way, vesting participants in the settlement reached, and providing mechanisms for change. Through negotiation, however, disputants reach settlements without the assistance and added expense of a neutral third party.

Negotiation may not be appropriate if one of the parties is in a position of power or control over the other. As with mediation, negotiation is based on the voluntary disclosure of information and good faith participation of the parties. If this is lacking, discovery may need to be conducted.

Negotiation is a private, efficient, and cost effective way to resolve disputes. It is the mechanism for solving or settling a dispute which is most likely to be satisfactory to the parties involved because the solution or settlement will be crafted by them.

Our firm attempts to utilize Alternative Dispute Resolution in each case in which it would benefit the client.  Additionally, Jim Arndt is a private mediator and acts as a neutral third party to resolve disputes out of court.  Please give our office a call to assist you with your legal problems.