A Settlement Conference is a process whereby:

-a neutral and impartial legal professional

-may advise the parties on the law and precedent relating to the dispute and suggest a settlement. 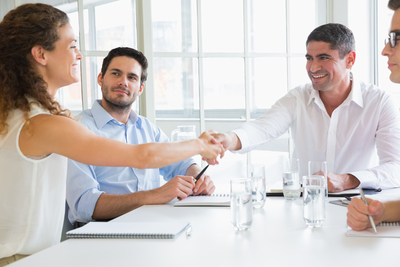 It is important to note that the difference between mediation and settlement conferences is basically one of style. Mediation uses facilitative or interest-based bargaining techniques, and settlement conferences use directive and reality-testing techniques. While a distinction between the two methods is made for purposes of this Manual, both techniques may be used in the same session by the same neutral. The choice of style depends on the issues and needs of the parties.

Settlement conferences can help disputants analyze the issues in dispute, review the facts and evaluate positions in their case. The disputants may present their case in a more informal and less costly setting than either a mini-trial or a full jury trial and still obtain input on the likely trial outcome. The opinion received can and often does facilitate settlement of the dispute before trial. If the entire case is not settled, agreement may be reached on some of the issues, thereby at least narrowing the issues to be litigated.

As with all dispute resolution techniques, there are some risks to settlement conferences. There will be added expense and possible delay if the dispute is not resolved, even in part, and all issues go to trial. If the dispute does go to trial, there also is a risk that some element of trial strategy may be disclosed or compromised in the settlement conference process.

Settlement conferences may be used for simple and complex cases. This method may be combined with mediation.

Our firm attempts to utilize Alternative Dispute Resolution in each case in which it would benefit the client.  Additionally, Jim Arndt is a private mediator and acts as a neutral third party to resolve disputes out of court.  Please give our office a call to assist you with your legal problems.

This is an excerpt from an article published by the Colorado Bar Association, 2002. https://www.cobar.org/index.cfm/ID/211/subID/1244/CAAD/Manual-on-Alternative-Dispute-Resolution/